by
The Seattle Public Library

Description: This is part 3 of 3 of an interview with Ibsen Nelson. The interview was conducted by Donald A. Schmechel in 1988 at Nelson’s home.

Ibsen Andreas Nelson (1919-2001) was a Seattle architect known for his historical preservation efforts and his designs for buildings such as the Museum of Flight and the Inn at the Market. He also designed many residential homes, including one for his friend and prominent Pacific Northwest artist Morris Graves. Originally from Ruskin, Nebraska, Nelson served in the army during World War II and received two bronze stars. Following the war, he attended the University of Oregon which he graduated from in 1951 with his degree in architecture. He worked briefly at Naramore, Bain, Brady and Johanson in Seattle as a draftsman before opening his own architectural firm in 1953. Nelson was a member of the Seattle Design Commission, and served as president of both the Allied Arts of Seattle and the Seattle Municipal Arts Commission. During the interview Nelson discusses his early life, schooling and military experience and early drafting work. A more detailed discussion revolves around his major concerns about a proper philosophy of architecture, his work with renovations of older buildings and concerns with environmentally sound architecture.

This interview is part of the Donald Schmechel Oral History Collection. Don Schmechel, who was a member of the Seattle Public Library Foundation board, began this project with Seattle Public Library in 1984, with the Museum of History & Industry (MOHAI) brought on board as a partner in early 1985. Schmechel himself worked to raise the funding for the project, and volunteered his time to manage the project, and to conduct interviews along with a crew of volunteers. Originally titled the Videotaping Historic Figures (VHF) Program, the project interviewed 91 people, with a portion of the interviews entering the collections of the Seattle Public Library and a portion of them going to MOHAI.The interviews conducted with these Seattle civic, business and cultural leaders in 1985 are valuable first-hand accounts that provide insight into developments taking place in the mid-twentieth century.

Digitization of this videotape material has been made possible in part by a grant from the National Historical Publications and Records Commission.

Rights
Items in this collection are made available for educational, academic and personal use. For other uses, please contact the Seattle Public Library Special Collections Department at special.collections@spl.org. 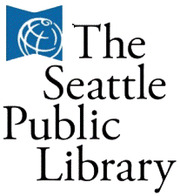